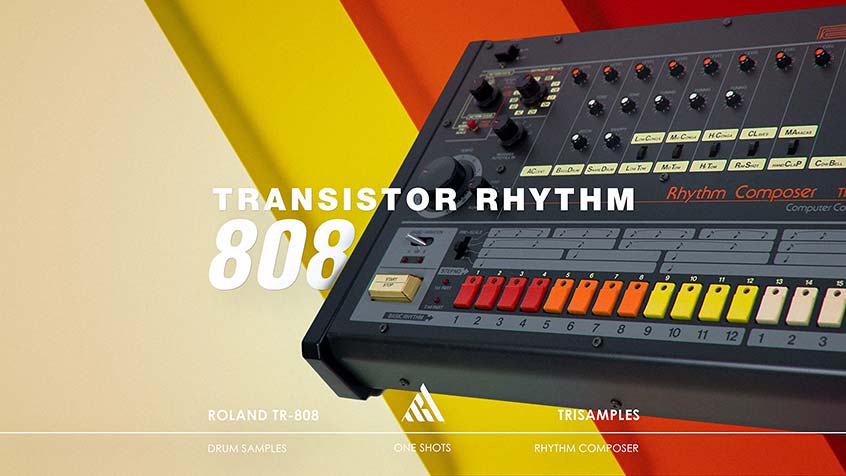 Roland released the TR-808 ‘Rhythm Composer’ drum machine in 1980 and discontinued it just three years later in 1983. This was due to poor sales and the fact faulty transistors needed for its characteristic sound were no longer available! In total Roland sold fewer than 12,000 units. Fast forward and in 2020, TR-808 used prices hover around $5k or more.

The TR in ‘TR-808’ stands for Transistor Rhythm but had the tagline of Rhythm Composer. It wasn’t featured on a successful record until 1982 when Marvin Gaye used it for the classic track ‘Sexual Healing’. At the time he said he used the drum machine so he didn’t have to work with other musicians.

In 1986 Afrika Bambaata and the Soulsonic Force released ‘Planet Rock’. The deeply uncool drum machine had transformed to take center stage. A drum machine didn’t need sample clearance and kept a steady robotic beat easy for a DJ to mix. It flourished in early hip hop and spawned, electro, techno and house music.

Despite it’s heavy use for the last 40 years the TR-808 hasn’t lost any of it’s appeal. It’s Closed Hats can be found on the most underground records through to today’s pop hits in almost every genre. Music producers have recycled and reused it’s sounds over and over. Repurposing it’s kick drum as a bass instrument, distorting, filtering, looping, sliding and pitching it. This can be heard in ‘Dior’ by Pop Smoke. RIP.